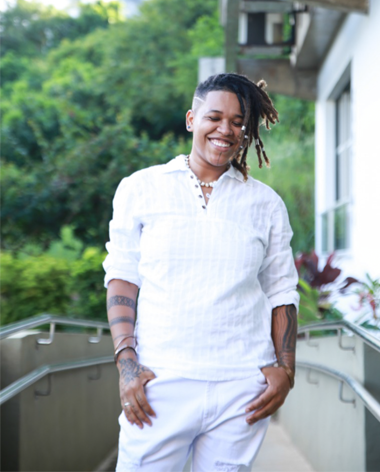 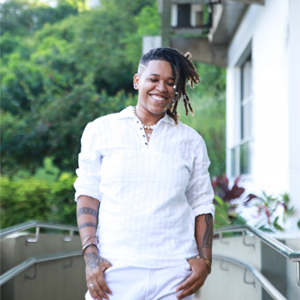 Draftwoman and muralist, she studied History at Universidad Federal de Bahía, UFBA during 2008 - 2013. Since 2013, she has worked in many interventions, murals, expositions and workshops in different countries such as Austria, Brasil, Chile, Colombia, Cuba, Dominican Republic, France, Germany, and the United States. In 2015, she worked with the project Bodies of Knowledge, a graffiti intervention at Centro Feminista Africano de Apoyo a Refugiados e Inmigrantes in Viena curated by Marissa Lobo. In 2016, received the ASTRAEA Award form the Lesbian Foundation for Justice in New York, a recognition as lesbian artivist of the year. The same year is chosen as one of “The 20 most influential black women in Brasil”. In 2018, curate and produce, Mural e oficina de graffiti, part of the II Jornada de Arte y Expression femenina, curated by La Phina, in Santiago, Cuba. The same year is invited to offer the talk, Afinidades Afrodiaspóricas, discusión y debate sobre el filme dirigido por Dagmar Schultz Audre Lorde, The Berlin Years: 1984-1992 at the 33ª Bienal São Paulo. Also during 2018, take part of art and cultural traveling program, África e a Diáspora - Novas Conexiones a graffiti artist residence between Brasil and Angola along with the artists Eder Muniz (Brazil), Ananda Santana (Brazil) y Tho Simões (Angola).

More information about some projects of Annie Ganzala here.

With the collaboration of Montana 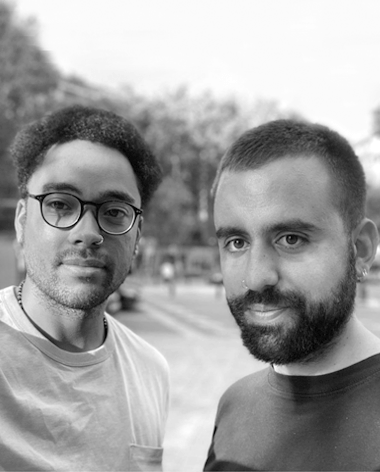