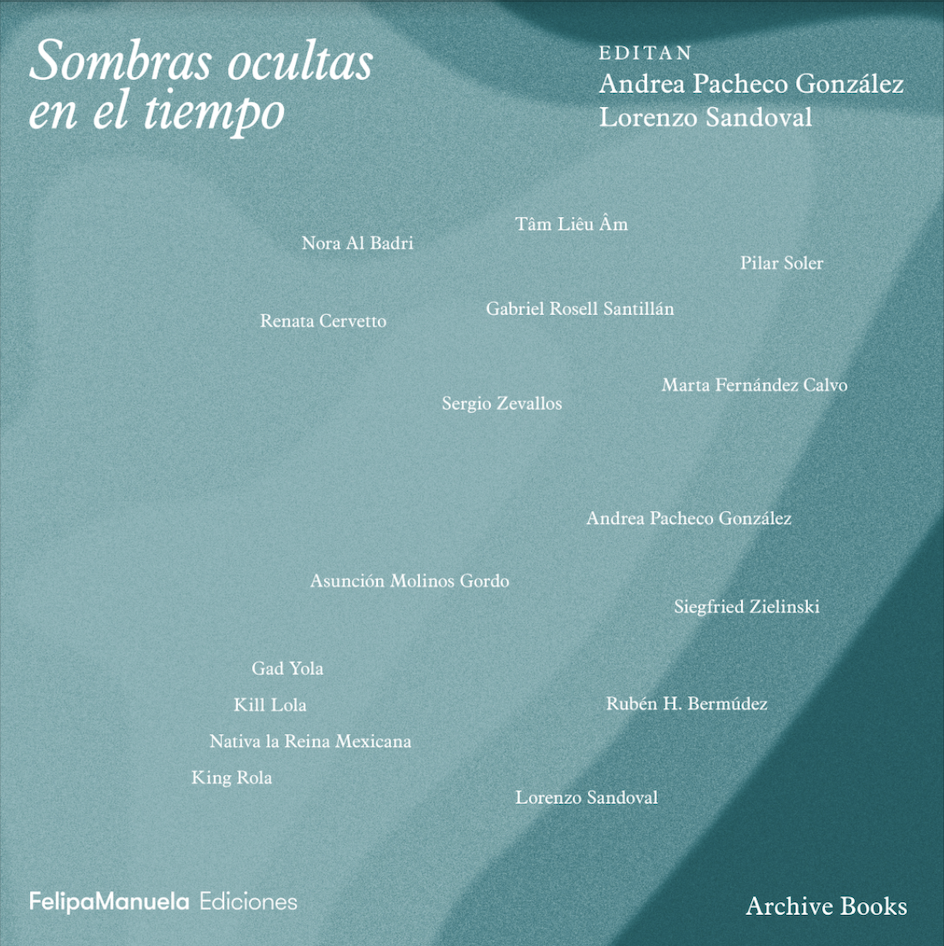 Published by FelipaManuela Ediciones (Madrid, Spain) and Archive books (Berlin, Germany), 'Sombras Ocultas en el tiempo' brings together a series of texts, chronicles, theoretical and visual essays around the idea of imaginary archeology and radical imagination, universes poetic-conceptual that have structured the work of those who participate in this book. The publication offers a meeting space between diverse knowledge, practices, aesthetics and languages that provide a critical look at history, identity narratives and the relevance of imagination in the collective construction of alternatives for life in the face of the decline of the Western project.

Available at Traficantes de Sueños bookstore, Madrid, Spain and its network of associated bookstores throughout the peninsula. If you want a copy you can also write to us here: info@felipamanuela.org