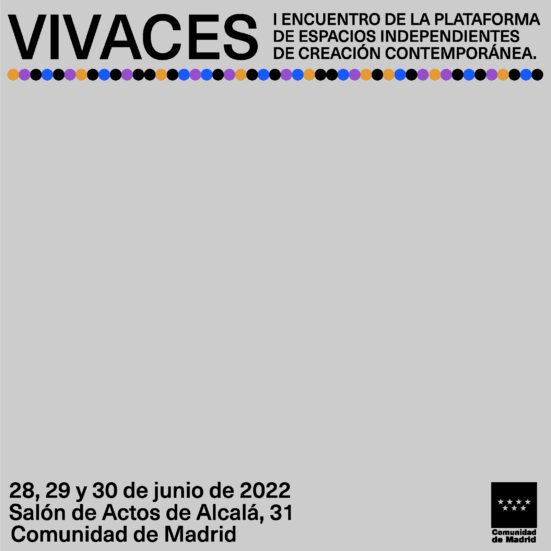 The Ministry of Culture, Tourism and Sport presents Vivaces, the 1st Meeting of the Platform of Independent Spaces for Contemporary Creation of Madrid, in which topics such as artistic residences, institutional relations, organizational models or audiences will be addressed, through over three working days.

The creative scene of the region is nourished by various agents that traditionally integrate it from formal, academic or institutional spheres, as well as by independent spaces of contemporary creation that, for several decades now, have incorporated the activity of the different agents and professionals to the city as an element of inclusion and support of creation. In this sense, during the last decade there has been a great increase in the appearance, constitution and start-up of these spaces in Madrid, now united in this Platform of Independent Spaces.